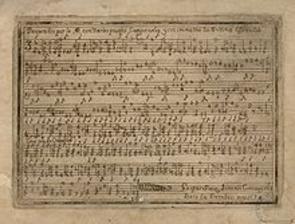 Overview of the classical guitar's history

​During the Middle Ages, instruments called "guitars" with three and four strings were in use

but their construction and tuning was different from the modern guitars. The Guitarra
Latina in Spain, had curved sides and a single hole. The Guitarra Morisca, which was brought to Spain
by the Moors or at least was heavily influenced by Moorish instruments, had an oval soundbox
and many sound holes on its soundboard. By the 15th century, a four course
double-string instrument called the vihuela de mano, that had tuning like the later modern
guitar except on one string and similar construction, appeared in Spain and spread
to Italy; by the 16th century, a fifth double-string had been added. During
this time, composers wrote mostly in tablature notation. In the middle of the
16th century, influences from the vihuela and the renaissance guitar were
combined and the baroque five string guitar appeared in Spain. The
baroque guitar quickly superseded the vihuela in popularity in Spain, France
and Italy and Italian players and composers became prominent. In the late 18th century
the six string guitar quickly became popular at the expense of the five string
guitars. During the 19th century the Spanish luthier and player Antonio de Torres
gave the modern classical guitar its definitive form, with a broadened body,
increased waist curve, thinned belly, improved internal bracing. The modern
classical guitar replaced older form for the accompaniment of song and dance
called flamenco,and a modified version, known as the flamenco guitar,
was created.Classical guitars are generally made with spruce or cedar